What do we mean when we say that our learning tools and programs are science-based? On this page you can learn a bit more about the different fields of science we rely on in the design of our tools and programs.

The worldview-test is based on academic research. You can read more about the most recent study on which it is based in this article, published in the Journal of Environmental Science and Policy. With this study an important step has been taken toward the development of a valid, reliable worldview-instrument.

In this study, two different approaches to studying worldviews have been creatively combined.

Philosophers and historians have often explored worldviews in a more analytical and speculative fashion, attempting to distill the metaphysical underpinnings of our collective thinking. They forged an understanding of the general thrust of the historical-developmental trajectory of cultural epochs in the West, distinguishing between fundamentally different perspectives or Zeitgeist’s.

The worldview-test combines these approaches. On the one hand, it is grounded in a qualitative understanding of the historical thrust of evolving worldviews in the West. That is, the main worldviews used in the test ~ the traditional, modern, postmodern, and integrative worldviews ~ were modeled after ideal-typical worldviews suggested by works in sociology and philosophy.

On the other hand, the worldview-test bridges to more quantitative, psychological approaches. It does this by distinguishing different dimensions to worldviews that represent existential life questions (ie., What is real? How do we know what we believe is true? What kind of creatures are we?). For each worldview, it answers these fundamental questions in short, relatively simple statements that people can be surveyed about. In this way, these worldviews can be empirically investigated and overarching patterns established.

Using this approach, we found four worldviews with a reasonable degree of reliability, as well as consistent relationships between these worldviews and a range of opinions, political priorities, and behaviors.

However, there are, of course, inherent limitations to this kind of quantitative study, as well as avenues for improvement for future research. For one, language brings complications, as the same term can have different meanings in different cultural contexts. Pilot-research aimed at culturally sensitive language-testing and refinement could help overcome this. Explorations of how the worldview-test can be translated to in particular non-Western cultural contexts would also be highly useful.

This test is the outcome of Worldview Journeys founder Annick de Witt’s 7 years of researching worldviews, in relation to sustainability issues, and writing her dissertation in this field. She used both qualitative and quantitative methods, including surveys with representative samples of citizens in the Netherlands and the USA.

Our tools and programs are also based on insights from the field of constructive-developmental psychology.

For at least hundred years, researchers have been studying how people change and grow in their meaning-making over the course of their lives. A key-insight from this field is that as people grow in their meaning-making, they become more able to take the perspectives of others, while, at the same time, becoming more aware of their own responsibility for their emotions and life events. You can read more about how these insights translate to our educational philosophy here.

For example, Harvard professor Robert Kegan describes a sequential, developmental trajectory from a sovereign to a self-transformative mind. While the sovereign mind can only take its own perspective, the socialized mind absorbs the perspective of the group of which one is part. The self-authoring mind can take the perspectives of others, but can also question them and develop a more autonomous perspective. The (according to research still rare) self-transformative mind not only author’s one’s own story, but also questions it, challenging one’s interpretations and putting them in a larger perspective.

Understanding why, how, and when people evolve or mature in their fundamental construction of their world and experience is crucially important when designing tools and programs aimed at such growth and learning. Not only should these tools and programs meet basic conditions and requirements for such growth to take place, they also should be designed in a way that is developmentally appropriate.

That is, since people have different ways of meaning-making, they are likely to have different interpretations of ideas offered to them, as well as different take-aways of exercises. This means programs should be designed with this in mind, attempting to meet people ‘where they are at’, and designing learning conditions in such a way that help them make the next step ~ even though that next step is different for different people.

In the development of our programs and tools we are actively integrating these insights, guided, among others, by Jennifer Berger’s suggestions for designing developmentally appropriate programs, in her book ‘Changing on the job. Developing leaders for a complex world‘ (Stanford Business Books, 2012).

“The faculty of voluntarily bringing back a wandering attention, over and over again, is the very root of judgment, character, and will. … An education which should improve this faculty would be the education par excellence.’’

A popular and increasingly well-researched approach to growth and transformation is the practice of mindfulness. As the research shows, it can have a wide range of benefits in different domains of life, from personal to social and societal, from physical to psychological and relational.

Mindfulness is an age-old mental training technique that promotes awareness in the moment as well as more mindful ways of living.

During mindfulness meditation, practitioners are encouraged to pay close attention to their direct experience in the here and now: their bodily sensations, breath, feelings, thoughts, as well as sounds or other sensual stimuli coming from the environment. Practitioners attempt to observe and allow every element of their experience, rather than engaging in habitual mental patterns of reacting, judging, pushing away, or identifying with what is arising. This ability to dispassionately observe the experience of the present moment not only creates a vivid awareness of sensory and mental experience, but also calls for a voluntary disruption of automatic mental processes of cognitive evaluation.

In this way, mindfulness cultivates the ability to be present in the moment, not just physically, but with our whole being.

Different spiritual traditions and contemplative schools tell us to be more mindful. And concepts similar to mindfulness can also be found in several Western philosophical systems, such as in phenomenology.

Currently, most of the burgeoning research in this field has focussed on how mindfulness can be helpful for a range of well-being and health-related conditions, such as chronic pain, stress, anxiety, depression, immune function, and (dis)satisfaction with life.

Other studies have suggested that practicing mindfulness can reduce prejudice and bias. For example, some studies found that a brief mindfulness training decreased unconscious bias against black and elderly people, as well as biased behavior toward black participants in a trust game. The emerging idea here is that mindfulness targets prejudice indirectly by lessening our cognitive biases ~ the automatic, systematic errors in our thinking – in ways that impact our judgments of other people. By reducing our susceptibility to cognitive biases, mindfulness could play a role in improving social relationships in our society.

Research also suggest that mindfulness may play a supportive role in individuals’ capacities to navigate polarized debates and arguments. That is, some studies have shown that mindfulness facilitates a capacity to respond less defensively to social threat, such as when one’s social or group identity is threatened. Since worldviews form a fundamental part of individuals’ identities, people may react defensively, or even with hostility, when their assumptions and beliefs about reality are called into question ~ reacting as if they themselves were threatened. Such generally unconscious, defensive reactions often result in biased judgements and conflict, thereby impeding constructive interaction and debate. Research suggests that mindfulness eases the rigid identification with ‘me’ and ‘my group’, supporting more constructive dialogues, in which individuals are open to see an issue from a different perspective than their usual one.

Lastly, some authors have argued that the reported effects on individuals, such as increased well-being, value clarification, awareness, empathy, and compassion, could be helpful in supporting a transition toward a more sustainable society.

For all of these reasons, we consider mindfulness a useful practice supportive of our learning goals, and we therefore integrate aspects of it in our tools and programs. 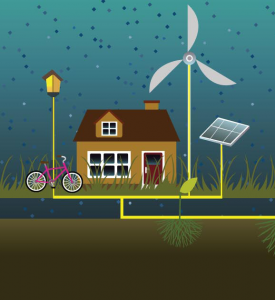 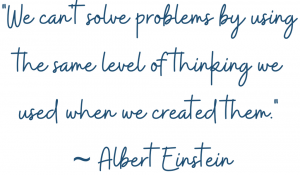